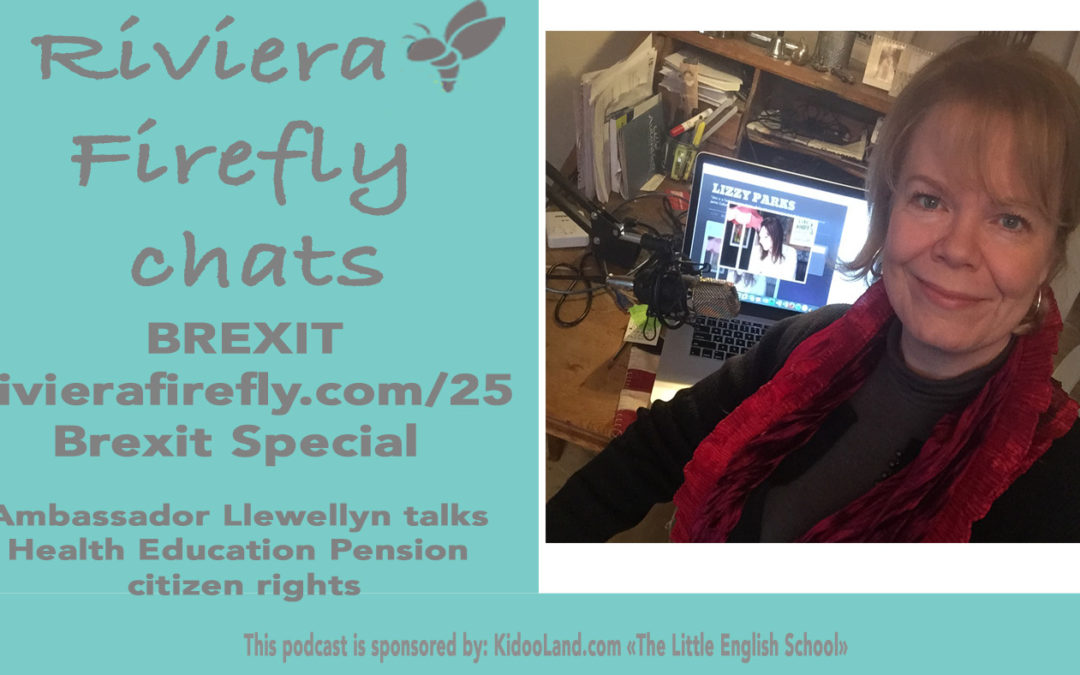 This is a Brexit update its early November 2017

Obviously for those who are current affairs followers or already registered on the gov.uk website you will already know the latest.

I have of course been following closely but wasn’t reassured as not all the press is reporting it as so ? so we went to Nice to the Embassy meeting with Ambassador Llewellyn

I found the whole meeting reassuring and here’s my summary of where things are direct from the Ambassador in early November 2017.

The 5th round of negotiations just finished a couple of weeks ago.

The most important news was we are in “Touching Distance” from an agreement for citizens. Touching distance being a couple of months with this recording taking place on 7th November 2017.

There are 3 million Europeans currently in the UK and 1 million Brits in the EU and so there top 3 priorities are citizen rights, Ireland and financial arrangements

In the last negotiations the PM suggested an implementation period post Brexit on the 29th March 2019 that would last for 2 years.

Ambassador Llewellyn communicated that progress is being made on the issue of  citizens rights “they are uppermost on the minds of British Ministers and the PM” . Citizen rights is “priority number 1” .

Britain made a proposition for the EU citizens in return they are hoping for reciprocity ? this was a key word.

Nothing as we know has yet been formally agreed or signed but it would seem that at the moment things are looking hopeful.

Britains proposition, is a new status and term called Settled Status would cover the EU people living in the UK lawfully for over 5 years in the UK and for those that are already there at the point of Brexit, they would be allowed to continue staying until the 5 years has been accrued at which point they would then apply for “Settled Status”

So the HOPE is that the remaining countries will do the same back!

It needs to be a reciprocal agreement. There are still some issues to be resolved but again he reiterated they are in touching distance.

Gov.uk the Government website and the chart describes where they have reached the agreement in Red Amber and Green ? lots of it is now green.

For Teenagers who will be applying to University at the moment he will apply the UK Brexit’s so in March 2019 for September 2019.. he wasn’t in a position to answer that negotiation is underway but we were put in contact with Michelle from the Embassy who will be ensuring that there is a follow up and they will write to me.

Pensions from the UK here in France it will remain the case and is governed buy domestic UK regulation. Will it continue to be uprated ? yes it will .

Under this proposed settled status the S1 would continue for those that are already permanent residents.

If you come after departure then this detail hasn’t yet been negotiated.

Check the FCO website for more details ? I’ll put that it the show notes.

Re the 2 year implementation period after will people still be considered as Europeans or not ..the proposal of course hasn’t yet been agreed ? during which the current arrangements would continue to apply a “status quo”

There was obviously a lot of comments and questions from Brits who feel unheard and disenfranchised.

Lots of anger around the lack of having a vote and denied the vote from our home country ? we do not have the civil rights.

Which reminds me that if you are a European living in France you have until the end of December this year if you want to vote in European and local municipal elections next year 2018.

Get yourself down to your townhall with your Passport and proof of residence do it today or at least this week. Your right to vote as we know from being British and not having been able to vote is a privilege ? use it.

There is a call to action here ? you should get in contact with MPs in the UK and try and get this raised in the houses of parliament ? it has been on the manifesto for the last 2 PMs so there is no reason it doesn’t get actioned. While I know they are focusing on Brexit I think that we need to  join our voices and get some action.

Someone raised the question of Monaco . negotiations with regard to Italy has been progressing greatly but he wanted to go and check the details about Monaco.

I also asked the Ambassador on behalf of my sister who runs www.pebbles.fr an Au Pair, and Language placement company to flag up the issue of small businesses here in the Alpes Maritimes trading back in UK who’s whole livelihood depends on free trade . Some of these small businesses are already being affected.

He replied that trade between our two countries is  of great value “we do a huge amount of trade every year and we obviously want that to continue and put into place arrangements that allow exactly that.

He said he would take that point back to London for us.

There was also discussion of course about the referendum and its validity?

To the points of Associated membership and wills , the Ambassador was not able to comment or confirm on those at this time.

So there is the update from today’s meeting ? while I know that many of you already will be up to date on this I thought it was worthwhile sharing the latest from our Consulate and Embassy as it stands. The clock is ticking let’s check back in on this in 2 months time if not before.

You can find out more from her www.lbsinfrance.com/

The Government website and the chart describes where they have reached the agreement in Red Amber and Green ? lots of it is now green.

www.gov.uk/government/publications/voisins-voices-a-newsletter-fr-the-british-community-in-france Voisins Voices Newsletter ? sign up on the Gov.UK

www.gov.uk/world/living-in-france  for info on how to get access to healthcare, get documents legalised, lawyers and how to vote abroad etc.

This Riviera Podcast was sponsored by www.kidooland.com The Little English School in the South of France.

Check out this episode!

This site uses Akismet to reduce spam. Learn how your comment data is processed.